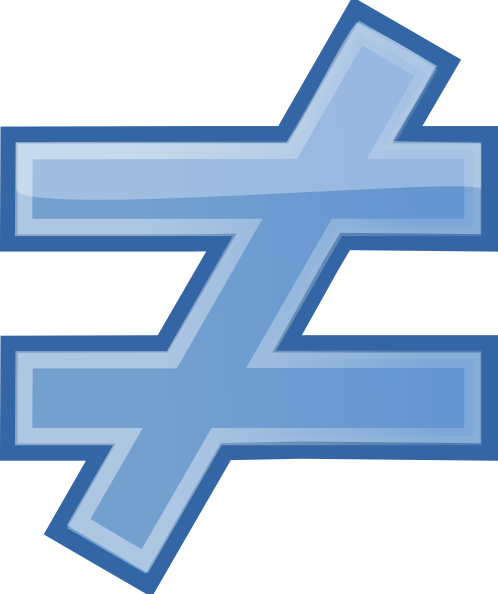 There is no doubt in the politically charged environment we currently live in, you have undoubtedly heard the phrase, “False Equivalence”, But what does it actually mean?

In the society we find ourselves today, logical fallacy has become the order of the day. This error in terms of reasoning has made many false statements to be considered as truth. This is because of the fact that people tend to believe lies if it persist for a very long time. At every point in time, it is essential to identify logical fallacies so that they can be avoided when trying to persuade somebody. One of the most common logical fallacies in the society today is “False Equivalence”.
A false equivalent is a rhetorical strategy that involves applying an arbitrary substitution to a sentence with the assumption that the sentence preserves meaning. False equivalence is a logical fallacy that describes a situation where logical equivalence seems to be apparent but when carefully analyzed, there is none.
An imaginary dialogue that depicts false equivalence:
Bob: “Hello guys! keep quiet and allow the women talk”
Tom: Why will you say that? Imagine if I were saying hello girls, keep quiet and allow the men to talk, that would be bad right? Therefore what you said is just as bad.
Toms’ equivalence is false because of the fact that the need for women to be quiet in the presence of male discussion has a social structure of domination that supports it and gives it meaning beyond the mere hypothetical statement of Bob. False equivalence is categorized as a fallacy of inconsistency. The argument this fallacy presents is always flawed, this is due to the fact that the fallacy tends to promote two distinct and opposing beliefs at a time.
Examples of false equivalence
There is no difference between a cat and a dog, they are both soft and cuddlesome pets. This is a false equivalence as cats and dogs have no basis for equivalence.
Hitler, Stalin and Mao were evil atheists; therefore all atheists are evil. This is also a false equivalence statement because of the fact that these people mentioned above do not share the same attribute with all other atheists around the world.
A more advanced example of false equivalence is when somebody claims that more Australian citizens are killed by sharks or road accidents than by terrorism. Therefore, nothing should be done to stop terrorism. This false equivalent statement failed to acknowledge the fact that act of terrorism could be prevented through intelligence and surveillance. Also the risk of swimming in the river and riding a vehicle on the road can be avoided (You don’t actually have to do these activities), but the risk of terrorism cannot be avoided (a random act beyond your control).

False Equivalence in politics, The Bastard of 2017

The largest measure of false equivalence occurs in politics. As noted by Charles Krauthammer, in his May 19 op-ed in the Washington Post,  “The guardrails can’t contain Trump,” proposed that President “Trump’s divulging classified information to the Russians” is not such “an irreparable national calamity.” To buttress his opinion, he took refuge in the usual conservative narrative of false equivalence: He alleged that the Obama administration “blew the cover of a double agent in Yemen.” The fact is that the double agent’s cover was jeopardized when the Associated Press, not the Obama administration, had learned and decided to disclose the details of a spy plot. Fortunately, the disclosure was delayed at the request of the CIA, allowing the agency to bring the agent and his family to safety.

This is not even remotely equivalent to Mr. Trump or Trump’s surrogates astonishingly incompetent and boisterous chitchat with the Russians.

The truth of the matter is, there is no way to stop the spread of disinformation without the use of critical thinking. What’s the old saying, “comparing apples to water bottles”? When you read a false equivalent, think of that phrase, while they are both objects, what is the difference in them, think beyond the simplest equivalency. The world will be better for it.